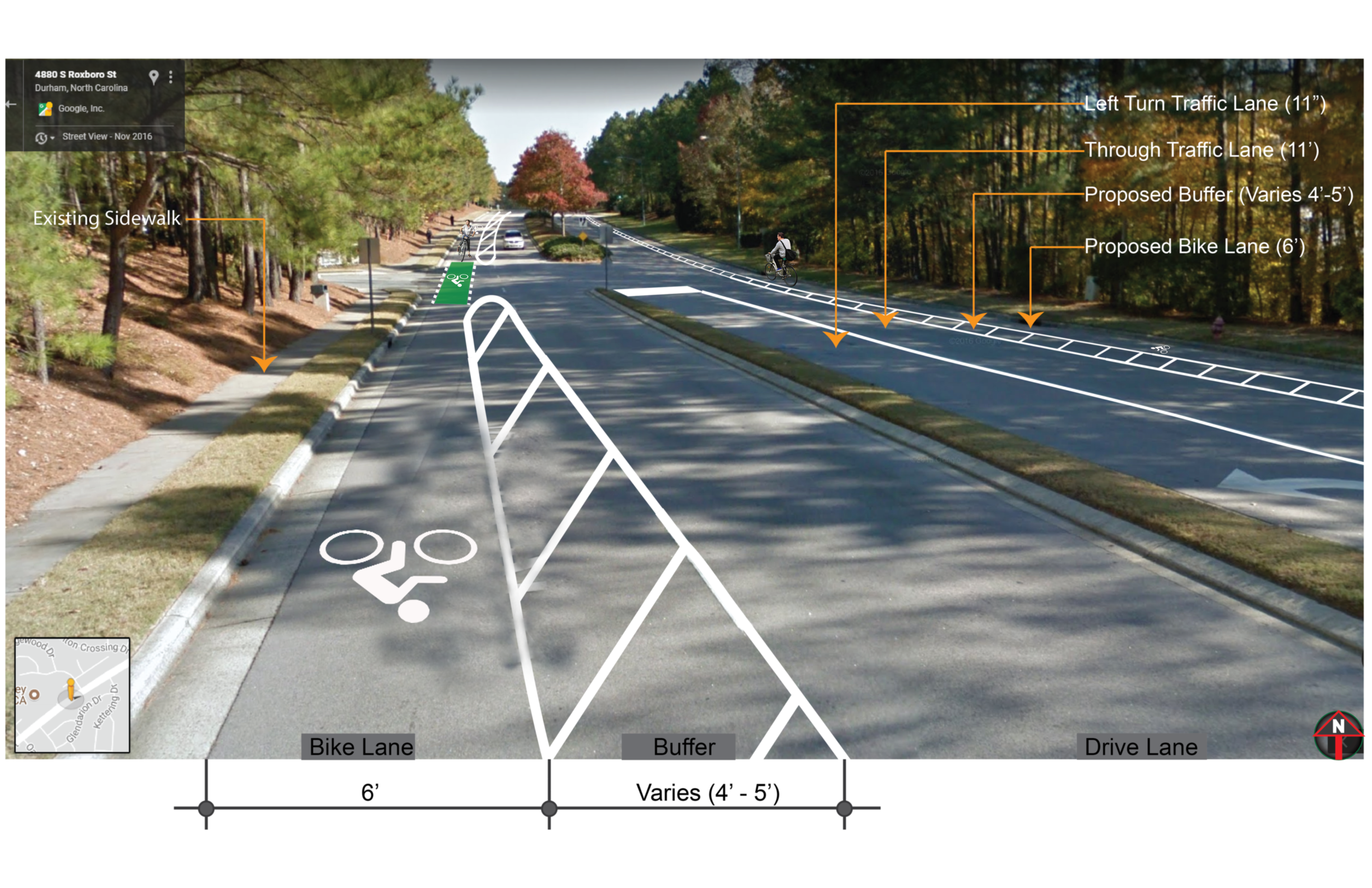 
South Roxboro Street between Hope Valley Road and Martin Luther King Jr. Parkway was resurfaced in 2018 by our Public Works Department. The restriping was completed in 2019.


The Transportation Department planned to reconfigure the lanes south of Juliette Drive once the resurfacing was complete. This project aligned with the City’s Vision Zero program, to make the road safer and more convenient for users of all modes of transportation. The project involved removing a vehicle travel lane between Juliette Drive and Shady Creek Drive in order to add a partially protected bicycle lane, resulting in one vehicle travel lane and one bicycle lane in each direction.

The public was invited to comment on the proposed plans during November 2018. Concerns with the reconfiguration were the following: increased congestion and tailgating; current lack of bicyclists; need for a vertical delineation element between the bike lane and travel lane; increased difficulty turning onto South Roxboro; and the need for a signal at Juliette Drive and South Roxboro Street. Transportation staff reviewed all comments and proceeded with the reconfiguration as planned with the following adjustments:
This project reduces speeds and makes traveling along and crossing the road more comfortable for motorists, pedestrians and bicyclists. Additionally, it fills a gap in the bicycle network that shortens the distance between the Third Fork Creek Trail and the American Tobacco Trail. It allowed the City to install a signal at Juliette and Cook, and make improvements to the Third Fork Trail crossing.