Fayetteville Street between East Umstead Street and Main Street currently varies between five and six lanes and has a speed limit of 35mph. There have been a high number of crashes involving both pedestrian and bicyclists along this corridor, and the number of current travel lanes are not necessary to support the average daily traffic.

The bicycle improvements planned for this corridor include:

This bicycle improvement project is funded by a Congestion Mitigation and Air Quality Improvement (CMAQ) Program Grant through NCDOT.

The existing and proposed cross sections can be seen below, and the full design can be found here. Comments received during the September 2018 will be incorporated where possible.

The re-striping work is estimated to occur in 2022. 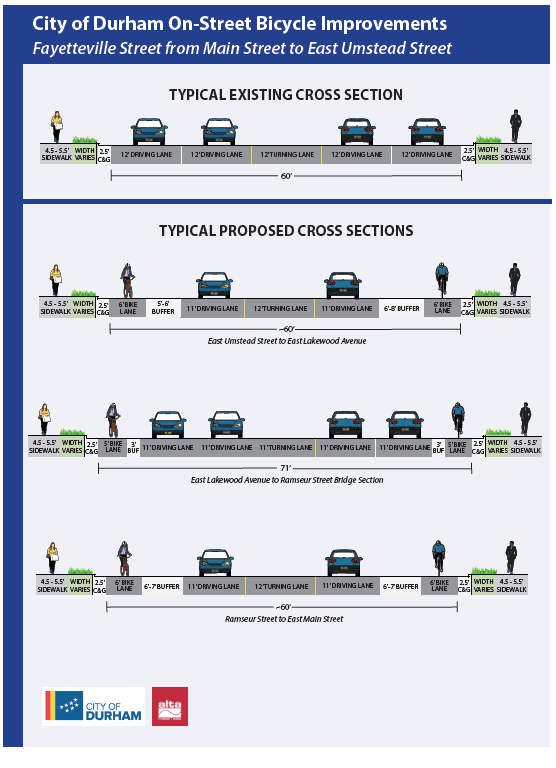