The City of Durham is working to implement neighborhood bike routes, otherwise know as bike boulevards, throughout Durham to help those travelling by bicycle access destinations more easily and safely. The first 7 miles of routes is designed with construction expected in 2022.

What is a neighborhood bike route?

Bicycle boulevards are streets with low motorized traffic volumes and speeds, designated and designed to give bicycles travel priority. Bicycle Boulevards use signs, pavement markings, and speed and volume management measures to discourage through trips by motor vehicles and create safe, convenient bicycle crossings of busy arterial streets. For more details on the design of bicycle boulevards, see the NACTO Bike Guide.

What are the routes?

The first 7 miles of neighborhood bike routes are mostly within a 1.5 mile radius of Downtown Durham because starting at the center creates the best opportunity to build this network over time. You can view a map of the proposed routes below or download a PDF version here.

How were they selected?

Possible routes were identified by the Durham Bicycle Boulevard Initiative, and many of the possible routes have been published and promoted for bicycle travel in City of Durham maps since 2010 (see the 2010, 2012, and 2018 Durham Hike & Bike Map). The Hike and Bike Map identifies bicycle routes on shared roadways with lower traffic streets in green (see map link above). These routes, combined with the Durham Bicycle Boulevards conceptual network, formed the base to draw from for phase one projects. Planners examined about 30-miles of potential routes, looking at factors such as traffic volume, speed, and geographic distribution. During this review phase, four neighborhood meetings were held giving residents the opportunity to comment on potential routes.

More details about the process be found in the project's Route Analysis and Concept Plan.

How can I learn more? 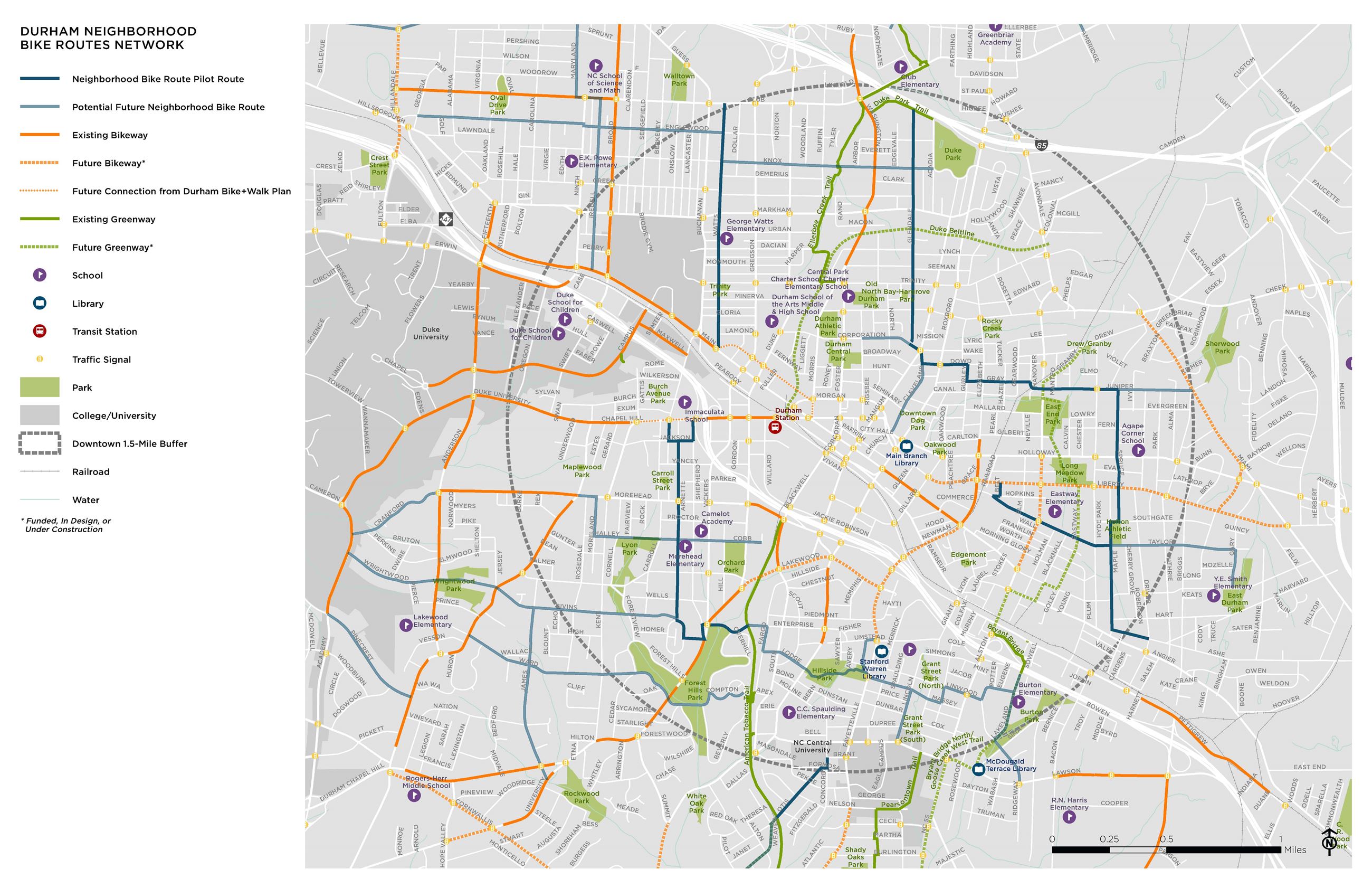