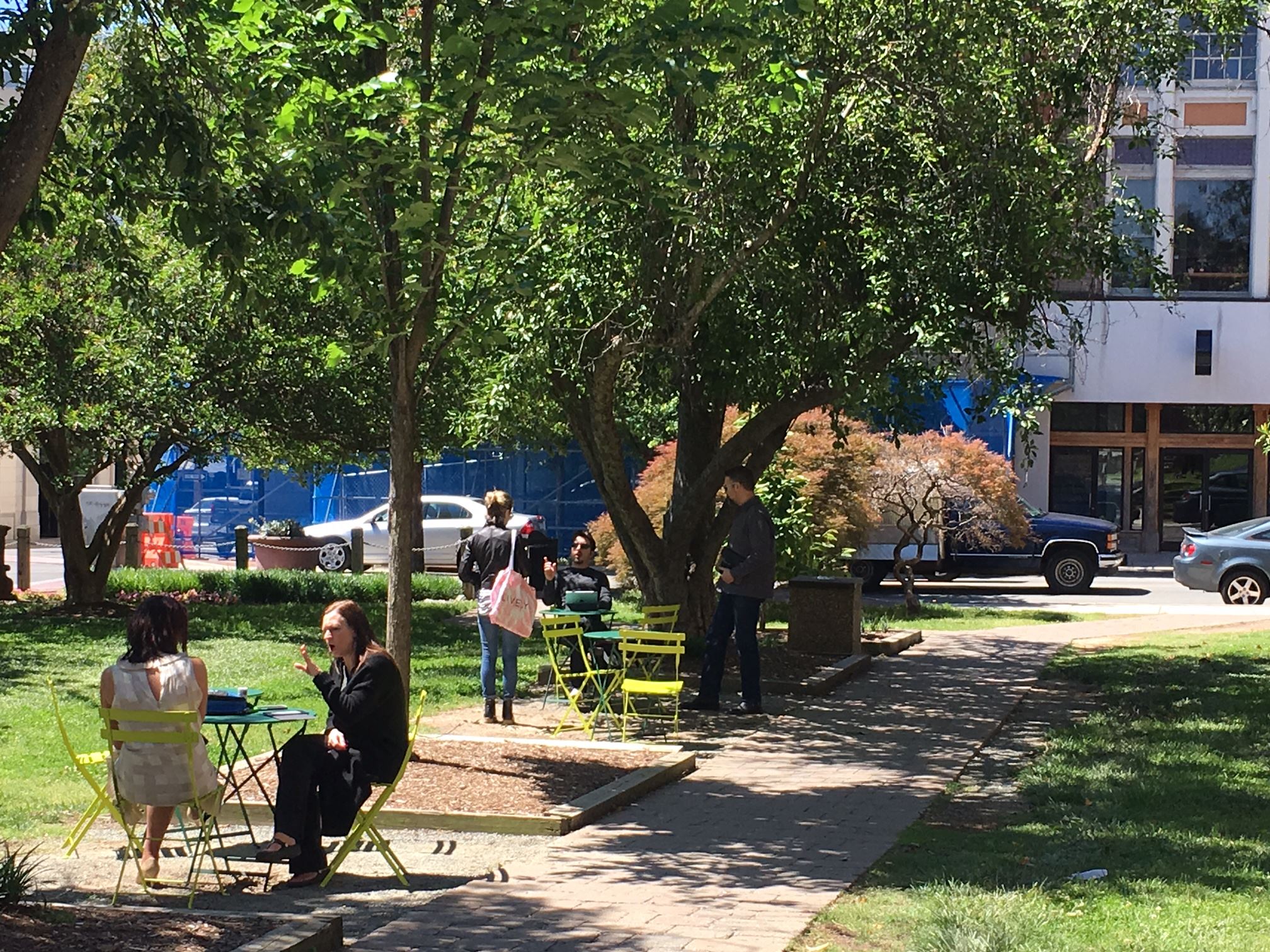 The City of Durham has made lighting, landscaping, and walkway improvements to the City-owned green space at 102 West Main Street. The changes were made in accordance with the City Council-approved 2014 Downtown Open Space Plan, and were intended to further make the space welcoming and inviting, and to further develop the site as the “southern node of an enhanced linear park connecting City Hall to Main Street.”

Lighting: The project added twelve, artistically-designed LED path lights along a newly-designed walkway through the space. They now light the main walkway, the new block-paved “center,” and the pathway entrance to 107 W. Parrish Street, which houses the adjacent business Empower Dance Studio.

Walkway Improvements: The walkway was moved and reconfigured. In its place is a new, curvilinear path, 6’ wide, with block pavers. The project added two new entrances into the space; one, unpaved entrance that leads directly into the new, larger open green space area, and another that allows people to enter the space at the northeast corner of the space (at the intersection of Parrish St/Mangum St).  At the intersection of the walkway, a larger paved area was added, creating a “center” for the space and allowing for more movable and stationary seating.