In September 2018, the National Complete Streets Coalition, a program of Smart Growth America, selected the City of Durham along with Huntsville, AL and Pittsburgh, PA to participate in their Safe Streets, Smart Cities Academy. The academy allows teams of transportation professionals from each city to hone their skills in using safety counter measures, creative placemaking, equitable community engagement, and emerging technologies to create safer streets.

Each city is responsible for implementing a pilot project at the culmination of the academy. Durham’s project aims to transform a section of Club Boulevard into a safer place for users of all transportation modes.

The West Club Boulevard location was chosen because speeding vehicles make the area unsafe for bus riders and pedestrians. Between November 2013 and October 2018, 123 crashes of all types occurred at this location including two crashes involving pedestrians crossing the street after getting off the bus.

Durham’s Safe Streets Academy team sought feedback from the public through an online survey, intercept surveys and interviews at the project site, emails to residents, and by attending community events such as a Trinity Park Neighborhood Association Meeting and the Northgate Children’s Festival. The vast majority of residents and roadway users who were consulted suggested that a safe and accessible way to cross W. Club Boulevard near the bus stops was needed. 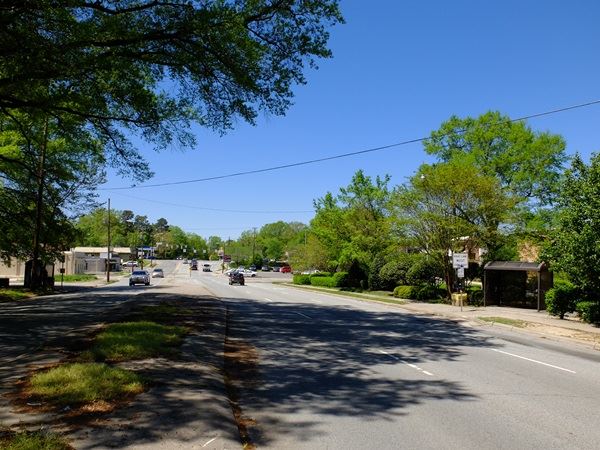 The Safe Streets Academy team has decided to place a crosswalk between the two bus stops after careful analysis of public input, the project site, crash history, pedestrian crossing behavior, and driver yield patterns. The crosswalk connecting the two bus stops is currently under construction.

The Safe Streets Academy project also includes temporary lane closures to determine the impact of a potential roadway reconfiguration. One block of West Club Boulevard between Buchanan Boulevard and Gregson Street will be temporarily reduced to one lane in each direction. The Transportation Department will collect data and observe conditions regarding pedestrian safety and delay, as well as traffic delay and queuing. If the data shows a roadway reconfiguration is feasible, permanent bike lanes will be installed from Buchanan Boulevard to Washington Street by the spring of 2020 as recommended in the adopted Bike+Walk Implementation Plan. 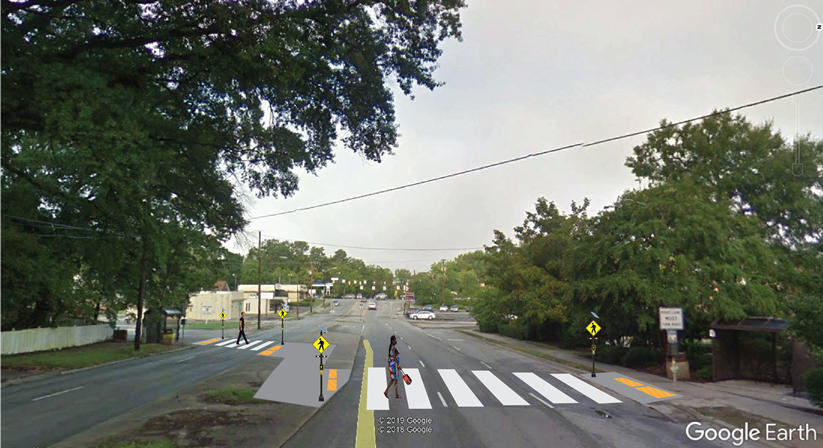 The W. Club Blvd demonstration project will also include artwork on the median and sidewalks of the project site to make the space more inviting for all roadway users. Local artist Madiha Malik has created the two concepts presented below. Durham residents selected the first design as the final concept through an online survey and voting at in-person events. The artwork will be added to the project site in June 2019. 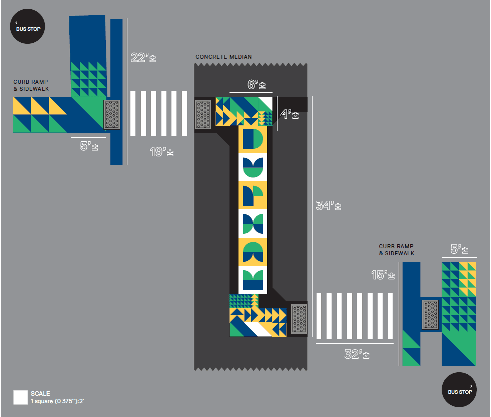