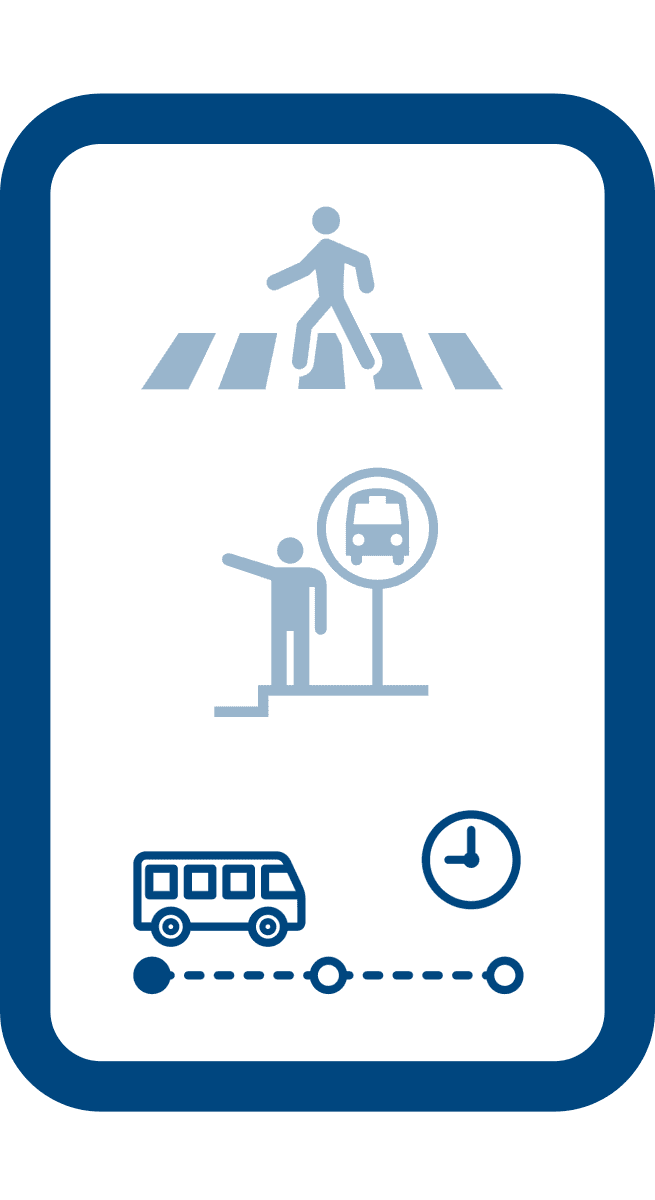 What the project will do: determine what is slowing down buses and affecting their ability to arrive on time. It will design quick-build projects like changes to traffic signals, pavement markings, and signage that will help prioritize buses, and improve bus speed and reliability.

Where: GoDurham bus routes with a focus on streets with high frequency and high ridership bus routes.

WHAT IS BUS SPEED AND RELIABILITY?

Bus speed: The ability of the bus to move along a route in a reasonable amount of time.

Bus reliability: The ability of the bus to regularly arrive at bus stops on time.

WHAT IS A BUS PRIORITY PROJECT?

Improvements that prioritize the bus such as:

The initial Better Bus Project Survey has closed. There will be other opportunities down the line to tell us about your bus experience to help lead to the design of improvements to sidewalks, crosswalks, reduced delays, and more.