The planned bike lane on Willard Street will provide a northbound connection from the downtown Durham American Tobacco Trail access point to Jackson Street with a connection to the proposed Duke-Gregson bicycle lane. The waterline construction provides a low-cost opportunity to restripe the street to improve bicycle safety in Durham.

The restriping will include a one-way buffered bike lane along the east side of Willard Street.

Wayfinding signage will be installed at the intersection of Willard Street and Jackson Street to direct northbound cyclists to the proposed bike lane on Duke Street.

Jackson Street will also be restriped to include bicycle sharrows to connect Willard Street and S Duke Street bike lanes.

There is a survey and interactive map available throughout the design process for the public to send comments and suggestions to the staff about the proposed restriping. The survey and Remix map will open for public comments until April 1, 2021. 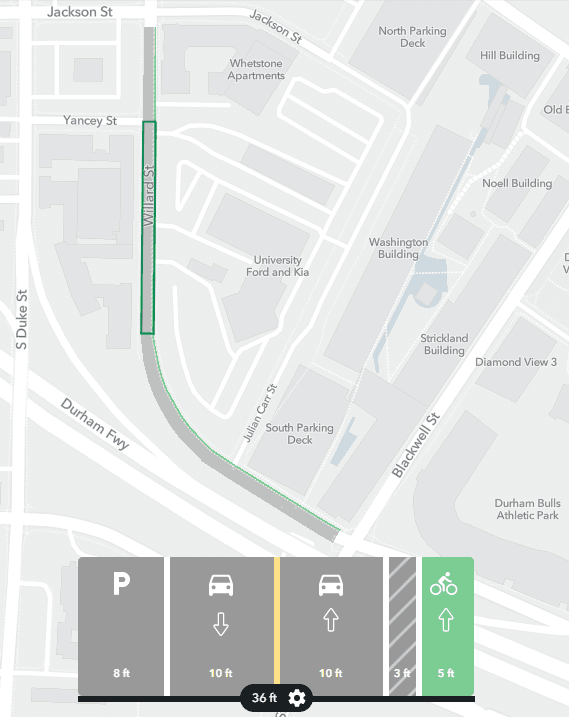 Provide your input on the proposed re-striping via survey (closed).

If you have any additional questions on the re-striping, please contact Brian Taylor via email. 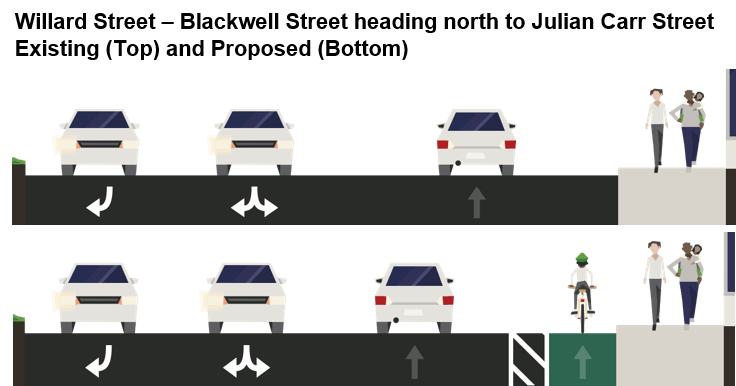 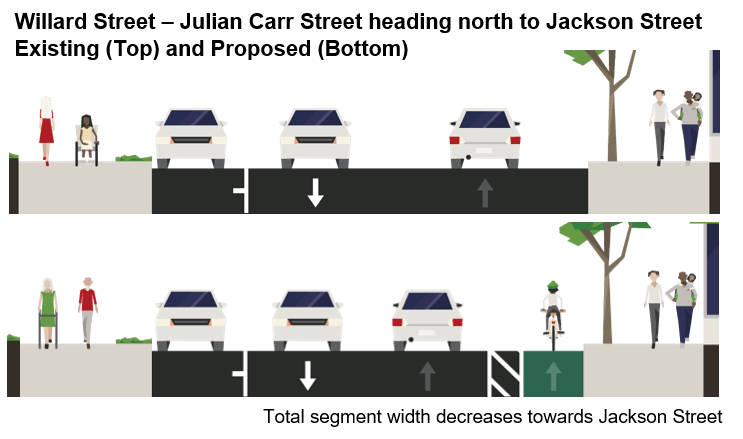