The Department of Water Management operates several sanitary sewer lift stations in the Farrington sewer basin including the Massey Chapel, Fayetteville Road and Stagecoach lift stations (LS). Additionally, both the 751 South LS and the Southpoint Plantation LS are directly connected onto the Stagecoach Road LS force main, sharing the capacity of the force main. Significant growth and development interest, such as Southpoint Mall and 751 South, has occurred in these sub-basins over the last several years, placing a strain on sewer capacity in this area.

The City contracted with CDM Smith, Inc. in May 2017 for the completion of a Preliminary Engineering Report analyzing and making recommendations for sanitary sewer capacity improvements to three City-owned lift stations that convey wastewater from the southeast portion of the City’s Farrington sewer basin to the South Durham Water Reclamation Facility (SDWRF). In order to serve the ultimate development in the lift station service areas, the Preliminary Engineering Report recommended a number of improvements including abandonment of the existing Stagecoach Road LS, the construction of a larger replacement station and force main, upgrades to the Fayetteville Road LS, and abandonment of the Massey Chapel Road LS.

CDM Smith, Inc. is assisting the City with the design of these improvements. The improvements are to be designed and constructed in two separate project packages as shown on the figure. 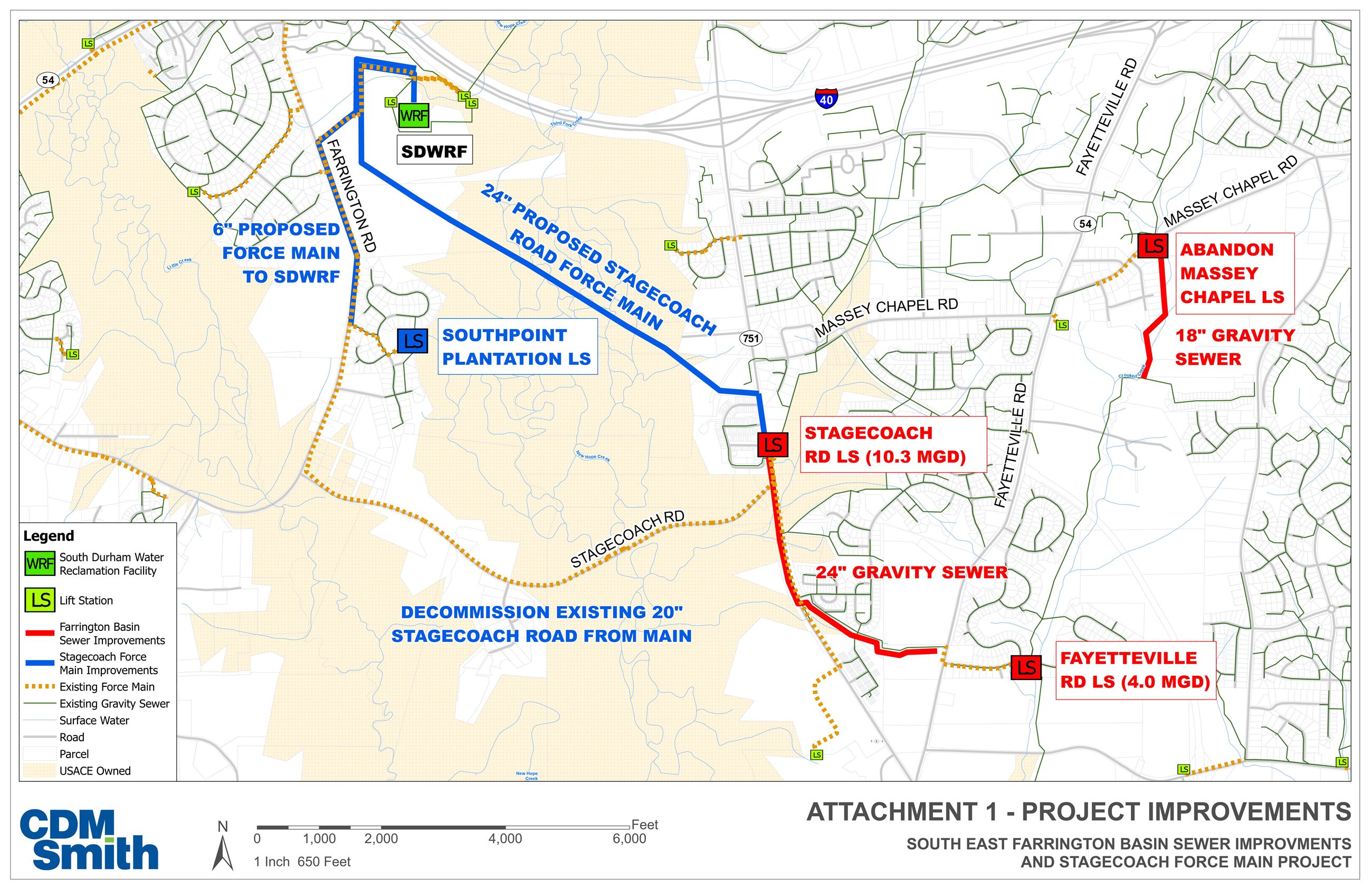