The safety and security of visitors and City staff are important to us. Due to the high volume of traffic at City Hall, including for our many public meetings, an enhanced security system is now in place.

Effective December 2022, a free-flow Motorola Solutions Concealed Weapons Detection System (CWD), powered by Evolv Technology, is in use at the front public entrance to City Hall.

How the Security System Works

Instead of stopping every single visitor with bag checks, emptying pockets, or wanding with metal detectors, the CWD system automatically screens groups of people as they walk through the detector. 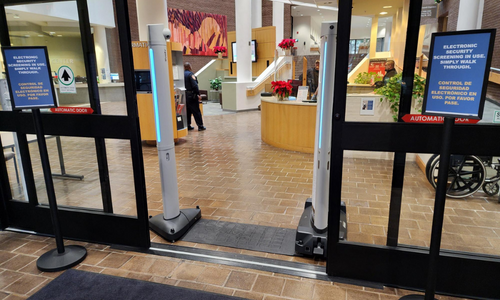